Three weeks have passed since the Galahad update on Albion Online. This is an opportunity to take stock of the situation and what remains to be done.

Albion Online has made corrections and continues to bring thanks to the returns of the players. Feedback has been taken into account and allowed the progress of certain aspects of the game. The community's record is very positive and everyone has contributed to the building. The developers have given their time by lending themselves to the questions of the players on line to refine and clarify certain points. There is still work before the official release, but the main thing is there for our greatest pleasure. The Albion Online team is still planning changes and improvements by July. A new feature, in particular, will be released: it will be possible to loot objects made by players on the mobs and sold previously to a NPC of the Black Market. 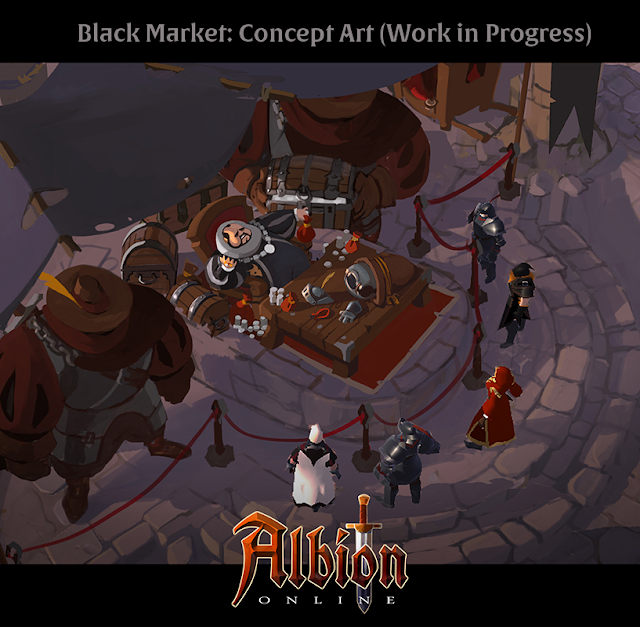 The PvP also offers a makeover to encourage more fights in the yellow and red areas and less "hunting player".

A new "Hell Gateas" is currently being planned with a new, more cost-effective concept.
Changes for Guilds are also considered as:


Server performance has been reviewed and will still receive corrections to maintain its stability during open world clashes.

Sandbox Interactive continues to make alterations to maximize the potential offered by Albion Online. For more details on the immense work provided, I invite you to go on the UPAlbion website where you can get Albion Online gold / silver.
Posted by Unknown at 2:13 AM